Who told you I was trying to cut back on carbs?

Well it WAS true until my daughter was over last week and just happened to say “Let’s bake some cookies!” 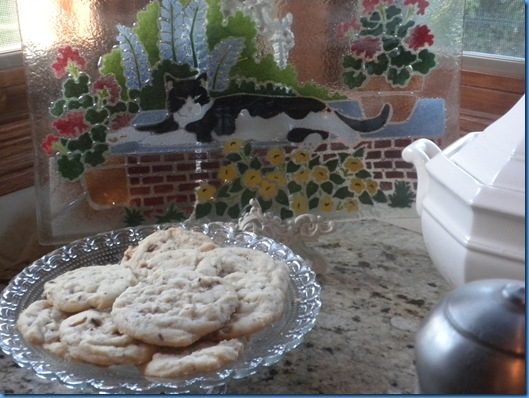 This was before I tried on Mother of the Bride dresses.  Oh my goodness ~~ have you seen the styles of dresses out this year?  Very form fitting….very unforgiving, very depressing!  Oh well, I have about two and a half months to cut back on carbs.  Too many temptations during summer. 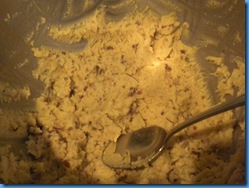 I would hate to have to measure out just how much batter we ate that never made it to a cookie sheet!

This is a recipe Jamie got from her Grandmother last Christmas.  You MUST try it.  It is SO good!  The almond really makes it.

Cream butter, oil, sugar. Add eggs one at a time and then flavoring.  Mix dry ingredients.  Gradually add to above mixture.  Stir in almonds and drop by Tablespoons on parchment paper. Bake 12 mins. @ 350*.  ** Note:  Half of the recipe still makes a lot.  We used the same amount of almonds and toffee bits. 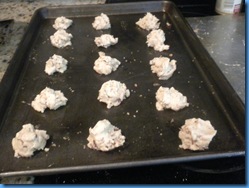 I was out of parchment paper, but they turned out great anyway.  Just watch them and don’t let them get too brown. 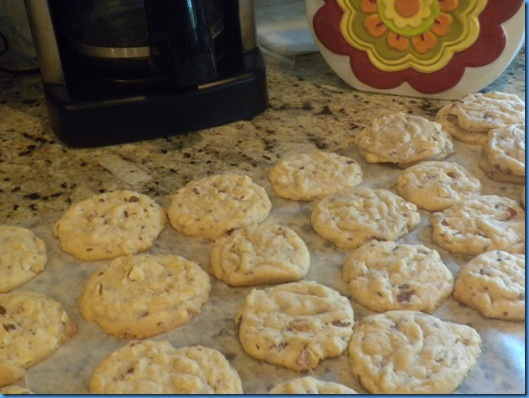 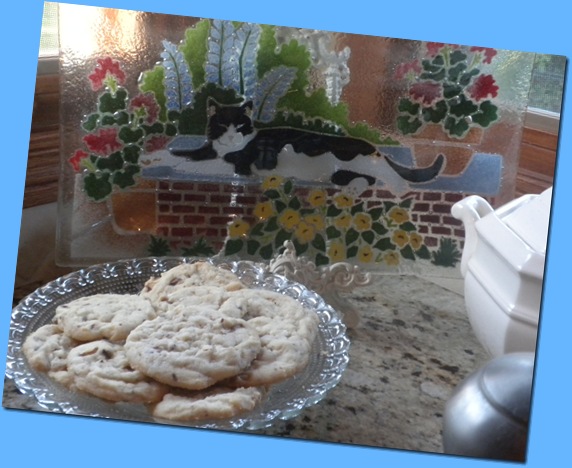 I have another CARB “recipe” for you.  I told you a few weeks back Mr. Brown Socks tried growing sweet corn for the first time this year.  He says it will be the last as we had to outsmart the raccoons by playing a radio during the night to keep them frightened and thinking it was Farmer Craig. 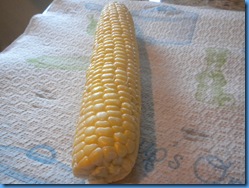 Since it has been so dern hot this summer, I decided to try a cooking method I recently ran across that doesn’t require a huge kettle of boiling water.  You simple wet a paper towel and wring it out.  Wrap each piece of corn in a damp towel, place on a plate and microwave for about five minutes!  Simple as that and it taste just liked you had boiled them. 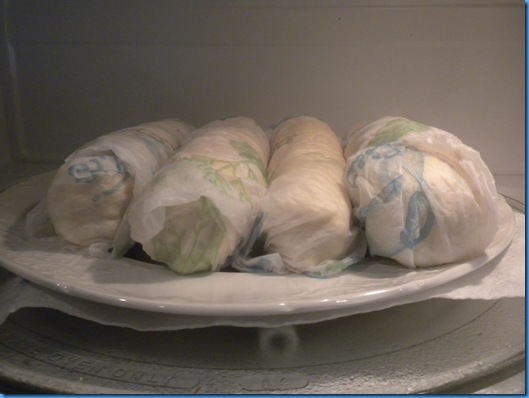 And as if I need ONE MORE carb temptation %*#!  Mr. Brown Socks also grew Yukon Gold potatoes and asked me to pretty please fry some! (Please believe me when I say I rarely fry food anymore.)  I made my entire meal on an ear of sweet corn and a good portion of these potatoes.  Well after all, they are Martha’s favorite type of potato!! :) 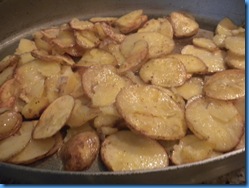 I did dab off the excess oil.

Hoping you are doing better than I watching your carb intake!

Joining Michael this week over at Designs by Gollum and Foodie Friday. 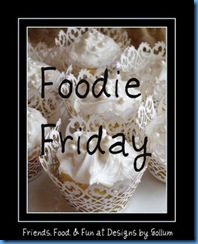 All three of your carb dishes look some kind of good. I haven't had fried potatoes in forever. I love them cooked that way. I'll have to try your easy corn cooking method. The crows got my corn when it was little and I never replanted it.

Looks yummy. So funny about the radio.

Donna your blog looks bright and fun. Love it!

I am hungry looking at the almond cookies. Yum! You look pretty! You will look gorgeous at the wedding less carbs or not.

Have a blessed day.
~Melissa :)

Oh goodness!
Everything looks so good I could not resist either. Getting a Mother of the Bride dress sounds so exciting, good luck!
HAGD,
Cindy

OH goodness! This all looks so good! Have fun looking for the wedding dress ;) Nancy

OK...you have covered three of my favorite foods...sweet corn (can't wait to try this), fried potatoes (MacDaddy and I made...and ATE...so many of these when we first moved to PA. True comfort food!) and Almond cookies. Especially almond cookies. Hmmm....I wonder if these would be good with Dulce de Leche (my recipe this Friday).

Thanks for all the recipes...
Jane (artfully graced)

Hi,
Well I never met a carb I didn't love. Everything looks so yummy....
Enjoy your weekend and dress hunt :)
Maryrose

Donna @ The House on the Corner said...

Definitely trying the Almond Sandies. I LOVE Pecan Sandies but my husband is deathly allergic to pecans ~ this is a great alternative!!

Thanks so much for stopping by The House on the Corner!

Yummy! Thanks for your recent visit too. I love your carbs.

You'll be a beautiful mother of the bride...no doubt about it. those cookies sound fabulous.

The cookies look good but I adore anything with almond!

WOW, I am definitely making corn this way!!! Thank you!!! and LOVE pecan sandies and I'll be trying these as soon as it's COOL enough to use the oven again... Thank you