The Aura of Candlelight

No one loves candles as much as me, or do you?  I love the warmth, the glow and the feeling you get in a room from candlelight. 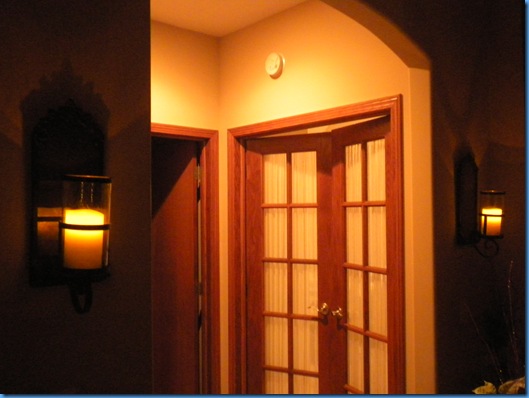 You’ve seen my sconces before but in case you aren’t aware of the newest candle feature, I wanted to share.

When I purchased these sconces a little over a year ago, I bought two LED candles to go inside.  From the beginning, I was rather disappointed as the light emitted was so dim you could barely see it when the lights were off, let alone if you had some back lights on. They just looked like wax candles sitting there not doing their job. :( 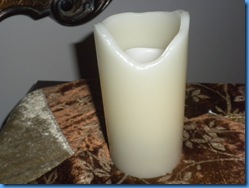 Now enter the ones pictured below I found at Target half price after Christmas!  Not only was the price right, they do a fantastic job pouring out a brilliant glow!  They are definitely improving the LED’s!!  These do require four AA batteries, so stock up. 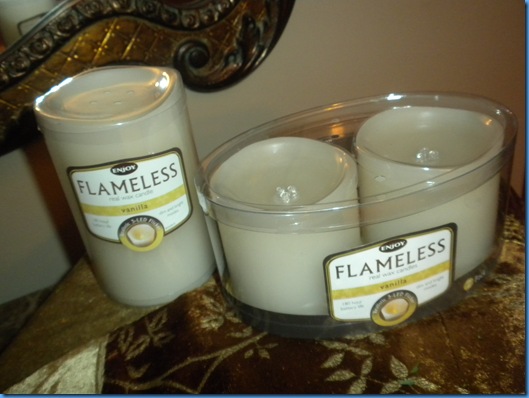 These are so realistic that Mr. Brown Socks was upset with me, thinking I had lighted real candles against the wall.  He was walking over to blow them out when he realized he had been fooled.  He just grinned while my Mom and I were giggling. 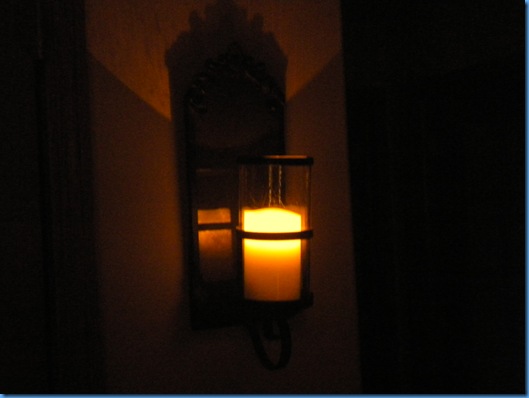 If that isn’t exciting enough ~~ one of my local interior stores carried these remote control ones!

Before you go asking “how lazy can she get?” I have to say I’m excited with this find because it’s awkward removing the metal ring and pulling the candle out through the narrow glass globe each time to turn it off and on.  I think I’m going to LOVE these!  Did you know they had such a thing? 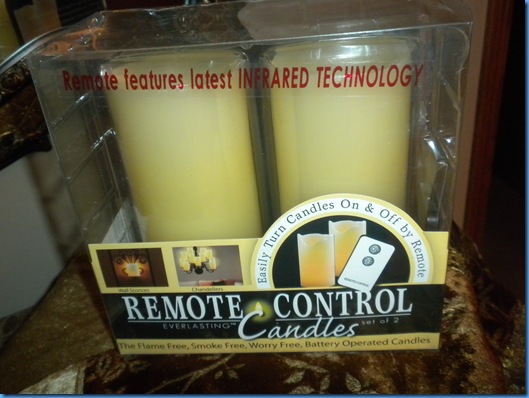 Also at Target, I found these little votive LED’s and dropped them down into my first ones that didn’t really glow.  Now these work well too! 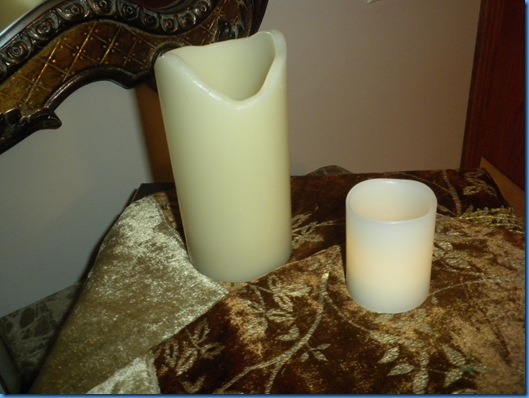 Ahh, very nice!  Bright candles that flicker about and a happy husband. 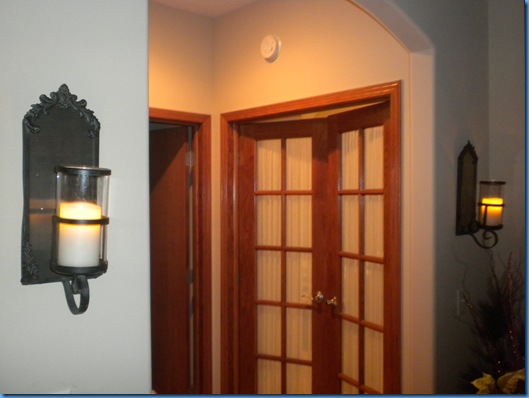 AAAhhhh the hubs would love these as he hates the smell of matches, and real candles, thanks for sharing, Sue

You are just plain brilliant. ;) Those look great!!! You'd never know they're battery operated. Thanks for giving me a "light-bulb moment." Teehee...couldn't resist. ;)

I knew they had the flameless candles, and I've really wanted to get some. So good to use with centerpieces where something could catch on fire. I did not know they had remote controlled ones. I guess it was just a matter of time though, since everything seems to work on remote control now. Great job fooling hubby!

Well...bless my socks! I had NO idea such a thing existed! I bought a couple of candles that sort of flicker and are run on batteries..but not that much light comes from them...and certainly NOT remote! Thanks you SO much for the tip.
Like you, I hate to see Christmas goodies put away. Everything looks so...so ...bare!
I tried to find out where you were when the storm hit.but could only find that you were somewhere near Chicago. My husband is from Maine and we have been getting reports of snow from his brother!
Happy New Year!
(Target here I come! ) :)
Mona

I've been wondering about these. I had a close encounter over the holidays with a candle and a wall at my house. I may just have to mosey up to my Target and see if I can find some. Thanks!
Oh, and a very nice cup of tea after a rather busy day is making me smile today!
Mary Lou

Wow - this looks great! I had no idea that there were some that are so bright! Thanks for the tip -- now thank you for your kind visit today -- you're welcome to my table anytime!

I had wondered how well these looked. Thanks for telling us about the Target ones being so bright and I sure did not know they also are making remote controlled ones! We are putting our home on the market and I'll have to get some of these to make the bookcases look pretty! Thanks.

What will they think of next? Remote control candles, Wow! They look so pretty in your sconces. Your story about your husband is too funny. I guess you got the proof that they look realistic. laurie

We use these too!! However we accidently left some on several nights in a row. When the batteries get used a lot they need to be replaced because they start to get dimmer. BUT we love them!! I even like the the tiny ones (tea lights) because when placed in glass votive type candle holders they don't turn the glass black or waxy ;-)

Now, I will have to go out and look for some. Looks great, girl.

Now I have to go shopping... thanks!

I hate candles but would love to find some of these.. I may need to go look for some faux candles. Who knew?

This is a great idea, especially for use with florals and in/on sconces. And, remote control...that's soooo convenient! What's making me smile today...a change in my decor after all the decorations are down. I started decorating for autumn back in early September and it's been decorated since then. I forgot where I put all my "regular stuff!"