One of my Greatest Blessings

Go ahead and take a seat 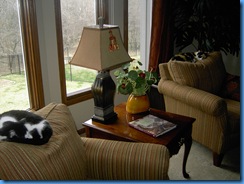 I have a story I want to tell you this morning.  It’s about my dear, sweet, precious, wonderful one of a kind 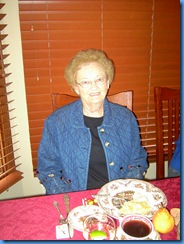 Ever since the middle of March, I find myself reminiscing about this time last year….what I was doing, which city I was in…the challenges each day brought and where it took my family. You see last February my sister and I felt that our then 82 year old mom was in great shape.  She shops the mall, goes to the Y twice a week for an aerobics class, out for lunch with friends and on and on.  I was visiting in her home for my February birthday when she announced her dr. wanted her to go for more intensive testing.  He was concerned that her carotid artery might be blocked.

Our concern turned to pure fright when we were told just a few short days later that the artery was at least 95% blocked.  My spring floral show was to be held three days later.  The invitations were out and the show was all set up.  Thanks to great friends and sweet daughters, the show could go on.  Here I was most worried about my oldest daughter giving birth to her third child a few weeks early, causing my show to be in limbo, never dreaming we were going to have to deal with an emergency situation with our mother. 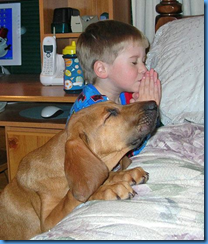 I won’t go too heavily into details, just enough to give you the feel of our experience.  They got Mom in pronto for the surgery.  We were told it should be a breeze and that she would stay one night in the hospital and then be allowed to go home. 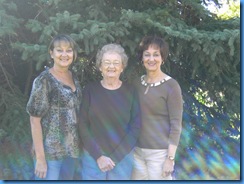 When mom came to, one side of her mouth was droopy and within hours we discovered she could not swallow.  They did a CAT scan and ruled out a stroke.  Weeks later they blamed it on nerve damage.  Mom was in the hospital for ten days and came home with a feeding tube in her stomach.  My sister Barb and I took turns spending a week at a time with mom, assisting her with her feedings.  My home was two hours away, but my husband was very understanding.

We went through more than you care to hear.  The tube became displaced and she was back in the hospital.  Infection set in.  She is claustrophobic and couldn’t go through with a CAT scan. A mean dr. on call and a nice nurse later, we had things worked out and back on the road to recovery.  Then my son in law had a gall bladder attack, my daughter gave birth, my sister’s chronic colitis kicked in, Mom’s anxiety attacks were more profound than I ever imagined!

We played cards to kill time.  We played more cards.  People came.  Nice nurses were everywhere!  What a blessing they were!  Mom went home.  Back and forth, back and forth I drove.  You know it’s really funny, because as horrible as those two and a half months were, I don’t have bad memories of it this year.  It was a close family time.  We all did what we had to do to get mom independent again and kept her out of a nursing home.  She amazed us with making sure birthday cards were sent out.  Then came graduation cards and wedding gifts.  Wouldn’t you think she would just say, “forget it”?  She is such a special lady. 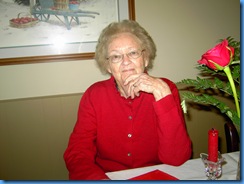 A year later, she is 90% back to her old self.  She still has a little problem with her mouth and swallowing, but she eats almost anything and everything.  Her energy level is back and her attitude is fantastic.

Thanks for letting me share a family experience that’s on my mind a lot these days.  I hope you are as fortunate as me to have a wonderful mother and sister.  Thank you, Dear God! 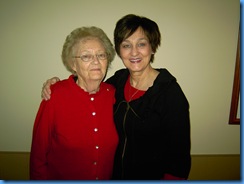 Donna, I am glad your mom has recovered so well. I know things like that are very difficult. But, it does mean so much when family pulls together to make it through the hard times. I am blessed with a wonderful mother and three sisters. Hugs, Terrie

Your mother looks amazing and I am so thankful she is doing well. I'm sure your experience last year makes you really appreciate not only family but dedicated nurses as well and the faithful prayers of friends.
I lost my mother this past Sept. The last six months, I spent every minute by her side. (she lived with us) With the help of hospice nurses, I was able to keep her at home until the end - something I am so grateful for.
Thanks for sharing the beautiful photo of you and your mom and sister. You are all lovely.

Thanks for sharing your beautiful story. I am so glad that it had a happy outcome. Times like those make us stronger and also make us appreciate the good times even more! Hope you have a great day!

Donna, Praise God! What a beautiful and uplifting story. Thank you so much for sharing it. I'm so happy your mom is so much better. You and your family are certainly blessed!
Nancy

Your mother is a lovely lady and lucky to have you in her life. When I see others who neglect their own parents, it's just more than I can imagine. I'm so glad your story had a happy ending. Won't is be a grand Mother's Day soon.
Happy Twirls

My Mom is gone for now but what a lovely story and how wonderful you still have your Mom to love. Give her a hug from me the next time you see her.

Oh, I am so glad that your mom has had a good outcome. My dad had Parkinson's. When he started having trouble swallowing, they put in a feeding tube, but by that time he had already aspirated something that led to pneumonia. Within a few weeks he was gone. I still miss him.

I remember what a hard time that was for you.....and I am so thankful you can enjoy your mamma still.....she is cute as a button, and lucky to have you for a daughter.

Thanks for sharing that with us! We love your
site!! Amen & amen! :)

Hey. If you get the opportunity, would you
mind praying for the prayer requests that are
on our main page?

May the Lord bless you and your family!!

Chari at Happy To Design said...

Just read the sweet, sweet note that you left in my kitchen, friend! I'm so glad that you came by and want to thank you for all of your sweet and generous compliments!!!

Girl, I had no idea that your family had been struggling with so many difficulties lately...I'm so glad that you shared them with us! After I began reading the long list of problems that so many of your family members were having...I thought of the old saying, "When it rains, it pours!" Thank the Lord that He saw each of you through the difficulties and that brighter days are here again!!! My friend, I really do believe in the power of prayer!!! I sure can see His strength carried you through!!!

Well, I'm so very happy that your mama is doing so much better! I loved all of the photos...she is a beautiful woman...and you look just like her!!! I can't believe that she is 82 yrs. old...she looks so young and it sounds like she leads a busy and happy life!

So happy that things have settled down for you, Sweetie!!!
Warmest wishes,
Chari

Donna, I'm so happy your mom is doing better and back to her independent self. I am just now heading down that road with my parents. . . with health issues. . .except they are not as indepenent as your mom. It's exhausting with parents and kids still at home! But, I'm pleased I am able to help.

What a blessing is was to read your post of the journey you have been on with your dear mother. The gift of a loving family is of God and to be cherished. I commend you and your family for staying close throughout your tough times.
I lost both of my parents in the past two years. I know what you have been going through on your journey.
Give your mom an extra hug today....for me, in remembrance of my mom.
Blessings,
Sonia (new to blogging)

Donna, this was a wonderful story of a very strong lady and her very close daughters. I am so glad she is doing so well. She sounds like the type who isn't going to let something like a swallowing problem get her down! And I'm willing to bet you're the same way. laurie

This is such a sweet story about you and your mama! We are lucky to still have our mamas, aren't we!